another day, nearly gone to ground.

she can see the last rays of the setting sun reach for the nebulous shapes of the few, lingering clouds; clawing at them… as if the sun itself refuses to make way for the darkness of night.
with longing eyes, she watches the struggle, the battle in the sky; the battle for her soul.
with a last flare of orange, red and pink, her lonely hero surrenders.
at least the sun fights for her.

she sighs.
her last day on earth has ended.

standing alone on the windswept street, she watches darkness claim its territory. slowly but steadily.
she doesn’t have much time left.

she can no longer feel… anything.

she had been non-existent for a long time.
no friends.
no family.
no connections.
no recognition.

she hadn’t been strong enough to make herself known. her voice had been drowned out by others; more demanding, more exceptional.
and slowly, she had begun to fade.

at first, she hadn’t noticed. not at all.
people had always ignored her, looked through her… as if she had been less than a shadow – not solid enough to be recognized. not radiant enough to be seen.
then, the day came, where she could no longer hear her footfalls on the ground. the sound had… drifted away. she had been startled at first by the lack of sound announcing her presence, but had never demanded an answer to the unnatural occurrence.
deep inside, she had known.

over time, she had grown more and more numb.
she had no longer felt the fabric of her clothes on her skin; scalding water couldn’t affect her numbness, nor could freezing cold.

she had accepted the role that had been forced on her by society. she had never been existent in people’s eyes… she would no longer exist in her own.
during the course of weeks, months, she had accepted her fate, had said her farewells to her once solid form… had begun to dissolve.

she looks at her translucent body, barely visible in the rapidly fading light of the day.
she doesn’t even try to speak; her voice, left to extinguish, long ago.

one more night to endure.
one last torturing night in this hostile environment called earth. one last night… at the edge of her existence.

the distant sound of the ocean calms the withering remnant of her tormented heart.
the place… where her being would extinguish.
a last look at the vastness of the darkening giant; it is all she cares about, in the final, fleeting moments of her life.

she would be long gone before the first rays of dawn would touch the ocean’s surface, make glittering waves lap at the shoreline.
she hopes the sun will find her remains… and carry her to peace – far beyond the horizon.

with a sad smile on her face, she walks towards her salvation, sweet hope of an end to her suffering coursing through her veins, adding strength to her stride.

her misery… it would all end… tonight. 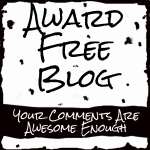